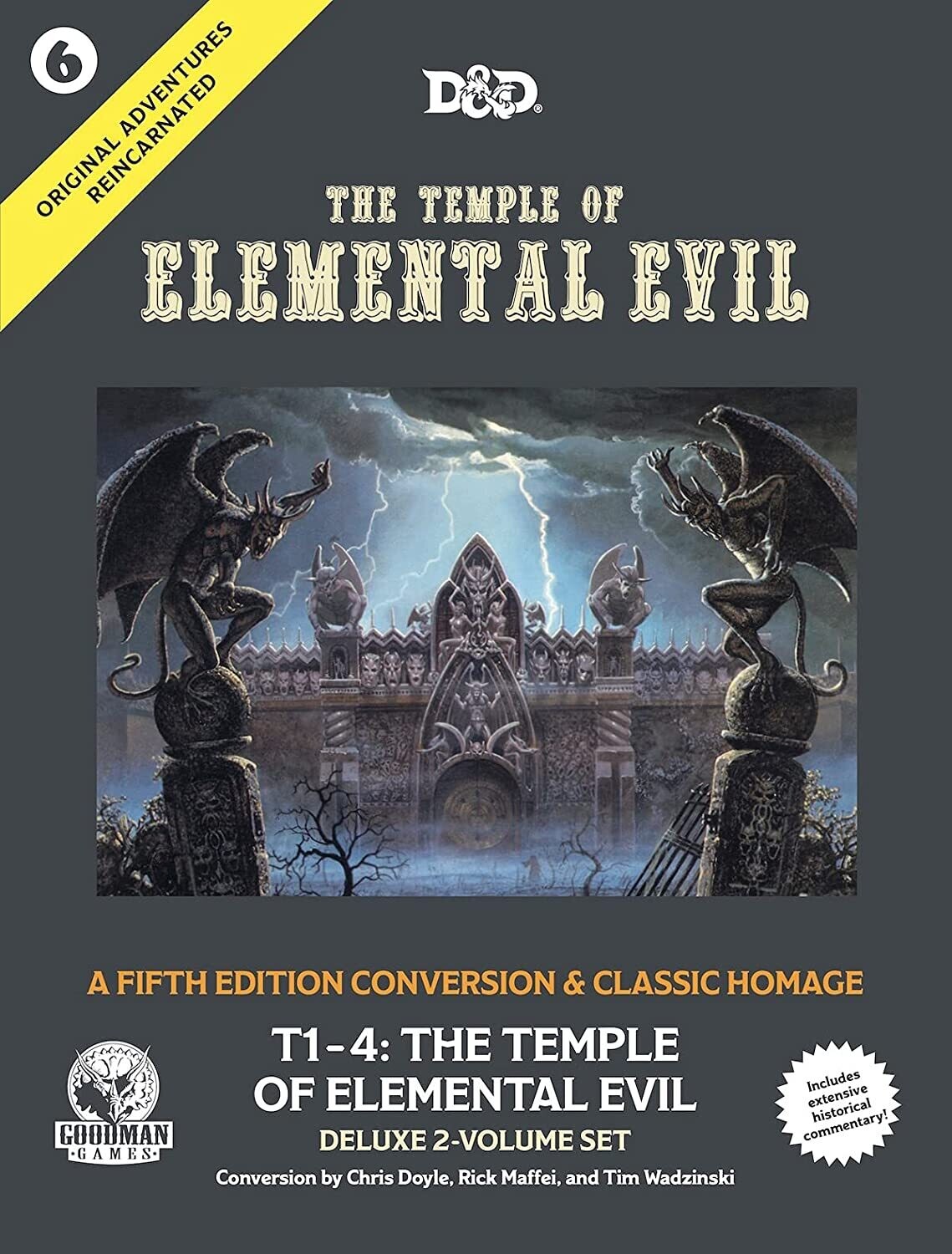 Two hardbacks inside a custom slipcase! The Village of Hommlet, a quaint village that once nearly fell prey to a great, neighboring evil some years ago, thrives again. The nearby Temple of Elemental Evil, a grand edifice of wickedness, was defeated after a great battle and thrown into ruin forever ... or was it? Bandits have started to ride the roads again, and there are other ominous signs afoot. It is whispered that the demonic evil at the heart of the Temple was not truly conquered but merely imprisoned, and even now agents of evil, malevolent beasts, and far worse creatures are conspiring to return the Temple to power and enslave the surrounding lands. Hommlet and the neighboring ruins may hold clues, but not everyone is to be trusted, and surely danger lies hidden in this idyllic region.